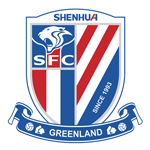 Today's last match of the World Football Championship in Qatar will be played at 19:00, at the Ahmad bin Ali Stadium in Al Rayyan, where Belgium and Canada will face each other. The two national teams make up group F along with Croatia and Morocco, which will face each other today from 10:00. Belgium and Canada have never met before in any official or friendly competition, today's match being a first. Belgium finished the qualifying group undefeated, having six wins and two draws in the eight games played against Wales, the Czech Republic, Estonia and Belarus. In the UEFA Nations League, however, Belgium did not succeed in the preliminaries, and this is because they had a strong opponent like the Netherlands, the team that finished in first place, while Belgium occupied the second place, in front of Poland and Wales. Before the start of the final tournament in Qatar, Belgium played a friendly match with Egypt which it lost 2-1, the match was played in Kuwait at the Jaber Al Ahmad International Stadium. Canada had a good track record in the preliminary group for the World Cup in Qatar and managed to finish in first place, ahead of the USA, Mexico and Costa Rica. Canada suffered only two defeats during the 14 qualifying matches, being defeated by Costa Rica 1-0 and by Panama also 1-0, both defeats being on the road. Canada played four friendly matches before the final tournament in Qatar, one of the matches being against the host country, Qatar, which it won 2-0. In the other three games, Canada was defeated by Uruguay 2-0, tied with Bahrain 2-2 and won against Japan 2-1. Photo credit: Fifa.com On Tuesday at 16:00, Mexico and Poland face each other for the 5th time in history and for the second time at a World Football Championship after in 1978 at the final tournament hosted by Argentina, Poland managed a 3- 1 and qualifies further from the first place in the group. The other three direct confrontations between Mexico and Poland were friendly matches, twice with a draw with the same score of 1-1, and in the most recent confrontation in 2017, Mexico prevailed 1-0, with a goal scored by Raul Jimenez, the current Wolves player. Mexico and Poland are part of group C at this final tournament along with Argentina and Saudi Arabia. Mexico finished in 2nd place in the NORTH & CENTRAL AMERICA qualification group, being equal on points with Canada, 28 points each, but Mexico had a lower goal difference. From March until now, Mexico has played another 11 games, nine friendlies and two in the Concacaf Nations League, the statistics being four wins, defeats and three draws. The last match played by Mexico before the start of the final tournament was against Sweden, which was played in Spain in Girona and which it lost 2-1. On the other hand, Poland had a difficult qualification group, meeting opponents such as England, Albania, and Hungary and finished the group only in second place behind England. Due to the 2nd place occupied at the end of the qualification campaign, Poland played a play-off match with Sweden which it won 2-0, the two goals being scored in the second half by Lewandowski in the 50th minute and Zielinski in the 72nd minute. In Uefa Nations League, Poland only finished in 3rd place in the group after Belgium and the Netherlands but ahead of Wales. Photo credit: Fifa.com The second match of Group A at the 2022 World Football Championship in Qatar will be played on Monday at 16:00, between Senegal and the Netherlands. The first match in this group was played on Sunday and it was the very opening match between Qatar and Ecuador which ended with the victory of Ecuador, score 0-2, thanks to the two goals scored by Valencia in the 16th and 31st minutes. Senegal and the Netherlands did not never met before, this confrontation being a premiere. As you learned above, Senegal is part of group A at this final tournament and is considered the second favorite of the group, after the Netherlands, to qualify for the round of 16. Senegal did not easily qualify for the World Championship, needing kicks from 11m for this. In the double leg against Guinea, Senegal achieved a 1-0 victory in the first leg, but in the return leg Guinea also achieved a 1-0 victory, which led to a penalty shoot-out where Senegal prevailed with 5 -3. Senegal played two friendly matches before this final tournament, with Bolivia winning 2-0 and with Iran, where it drew 1-1. The Netherlands comes after a consecutive series of 15 games without defeat, during which it recorded 11 victories and four draw results. The last defeat of the Netherlands was in the eighth round of Euro 2020, when it was eliminated by the Czech Republic with 2-0. The Netherlands comes after an almost perfect run in the UEFA Nations League, where they managed five wins and a draw and finished first in a group with Belgium, Poland and Wales, all three national teams also qualified for the final tournament in Qatar. Photo credit: Fifa.com Qatar vs Ecuador is the opening match of the 2022 World Cup and will start at 16:00, GMT0. The match was announced from the start as a very interesting one, before this match various articles appeared in which the hosts were accused of bribing the opposing players. Also, the entire final tournament is under a shadow not favorable to the state of Qatar, which is accused of unfairly winning the hosting of this final tournament. It will be the second direct confrontation between Qatar and Ecuador after the very spectacular friendly match played in 2018 in which seven goals were scored and which was won by Qatar 4-3. Qatar is part of group A at this final tournament which it will play for the first time, this also happened with Italy in 1934. From this group A, Holland, Ecuador, Senegal and Qatar are part, and the hosts of this final tournament start with the last chance to qualify for the round of 16. Qatar has four consecutive victories in the friendly matches played before the start of the World Cup, managing to defeat Guatemala, 2-0, Honduras, 1-0, Panama, 2-1 and Albania with 1-0. Not even one player from the Qatar team plays in Europe, and this is a very important thing. Ecuador has a series of incredible friendly matches, having six consecutive games in which they did not concede a goal, and the statistics show four draw results, 0-0 with Mexico, Saudi Arabia, Japan and Iraq and two 1-0 victories with Nigeria and Cape Verde, and another statistic of the last 15 matches, shows us that Ecuador suffered only one defeat, 3-1 against Paraguay in the preliminaries for qualifying for the World Cup. In this group A, Ecuador starts with the second chance after the Netherlands and will fight to get the 2nd place, most likely with Senegal, but surprises can also appear, as they have happened in every final tournament. Photo credit: Fifa.com

Sports Betting: A Guide to the Types and the Best Strategy READ MORE